According to the just-released 2021 version of OWASP Top 10 (a curated list of the most critical web application security risks out there), “Cryptographic Failures” are the 2nd most important of the many security concerns we should have as web developers. These concerns include a lot of misuses of cryptographic systems, like choosing weak algorithms, poor randomness sources, or usage of deprecated methods. That is why this is also the second article covering the main topics for cryptography: on our last issue, we covered the main theory, which sometimes is the cause of those errors mentioned above, and right now we will see how to use libsodium, a modern library with the most recommended algorithms already built-in and no weak settings available per default. It is a cross-platform tool, available to use on Windows, Mac, and Linux, and has been included in PHP’s core since 7.2. It also has bindings for Java, NodeJS, Python, Go, and several other languages. So we are safe to say it runs pretty much everywhere. The official website is libsodium.org, and you can find the full documentation there instead of the PHP.net manual as it is sometimes not complete. There is also a Quick Reference and a “Using Libsodium in PHP Projects” article.

The post Interview with Vinícius Campitelli appeared first on php[architect].

Our crew interviews recent contributor Vinícius Campitelli about his articles and involvement with PHP.

The post Interview with Vinícius Campitelli appeared first on php[architect].

This episode is sponsored by
RingCentral Developers

The post Interview with Steve McDougall appeared first on Voices of the ElePHPant. 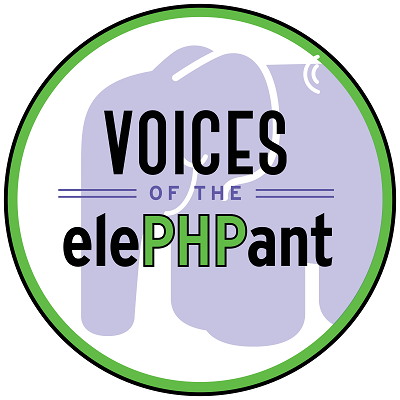 This episode is sponsored by
Using the WordPress REST API

The post It’s the Booze Talking: PHP, the next 25 appeared first on Voices of the ElePHPant.

Eric, John, and Oscar go through the August 2019 issue.

The post Symfony 4, Legacy Code, the Future of PHP, and Karl Hughes appeared first on php[architect].

Phillip and Kalen recap the first day and a half of Imagine 2018, and Kalen remarks how the entire Magento community is being asked to “level up” with a call to higher standards and higher goals from Magento CEO, Mark Lavelle. 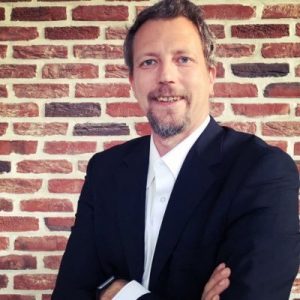 The post Interview with Michelangelo van Dam appeared first on Voices of the ElePHPant.

The guys set the record straight on a few things they got wrong, grill newly-hired Magento Evangelist Ben Marks about his role, ask hard questions (where are the forums?) and Ben name-drops with all of the PHP folks he’s getting to know in his newfound role.

Day Camp 4 Developers
Invest a day in your career.